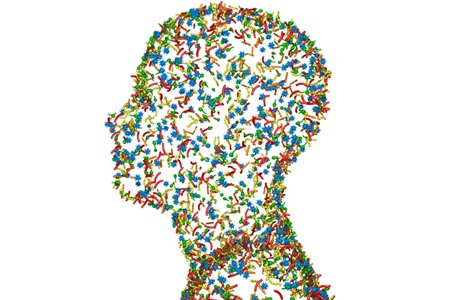 The concept of the microbiome is fairly recent, even though it has its roots in the beginning of the last century, when the first microbial ecologist, Sergei Winogradsky from Ukraine, argued for the need to study microbes in the context of their natural environment, including the living host. He pointed out the difference of the microorganisms’ behaviour in continuous culture versus their natural habitat, and it was one of the most important discoveries in the field.

Despite this unprecedented breakthrough, microbiology took almost a century to recognise this idea officially. Finally, another microbiologist and Nobel Laureate, Joshua Lederberg, offered the term ‘microbiome’ in 2001, describing a collection of microorganisms and the collective genome of species living in a specific environment.

The Human Microbiome Project (HMP), aiming to improve the understanding of microbial flora involved in human health and disease, was launched in 2007. The project first focused on microbial flora, but since 2014 it has transformed into the Integrative HMP generating information on microbiomes, including not only microbes, but also viruses, fungi and parasites. HMP researchers pay special attention to the skin as one of main habitats of the human microbiome. A new understanding has been gained of the role of microorganisms as drivers of many vital processes in the skin; and in the last fifteen years it has changed the whole concept of the skin barrier function, skin immunity, skin sensitisation, infections and so on. Since the very beginning, the HMP had the ambitious goal of breaking down the ‘artificial barrier’ between medical and environmental microbiology. A practical approach and the use of new knowledge were seen as an unavoidable consequence. Curiously, cosmetic formulation and manufacturing were progressive enough to follow the new direction and find a lot of ways to interpret and use the scientific findings, sometimes literally ‘hot from the oven’

Dow Personal Care offers unique, innovative ingredients that empower customers around the world to create products with exceptional performance and exciting benefits that consumers can trust and believe in.
Consumers that seek the confidence of a healthy appearance can see and feel the difference in our products through their lustrous hair or...