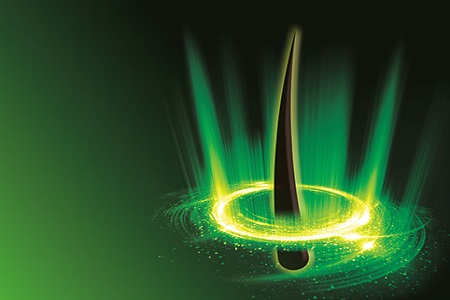 In addition, at the PCHi Fountain Awards Online Ceremony 2020 held on 4 June, the product developer of Burgeon-Up was selected as an Outstanding Individual.

R-spondin 1 (RSPO1) is a protein involved in the regeneration of organs and tissues and is currently gaining attention in the field of regenerative medicine. In the field of hair science, RSPO1 activates the foundation of hair follicles, known as the outer root sheath, which is important in making thick hairs that do not come out easily. This has led to the development of Burgeon-Up which is the hair growth material applied for the first time.

As Burgeon-Up also suppresses the mechanism of action of male hormones, it activates follicles while also preventing hair loss. In addition to male hair loss, Burgeon-Up is expected to work on female hair loss as well.

In hair tissues, the tissue regeneration-related protein RSPO1 binds with the receptors, LGR5, in the outer root sheath, which is the foundation of hair follicles; activates cells; and stimulates hair growth. Burgeon-Up was shown to increase the RSPO1 secretion and activate outer root sheath cells.

Additionally, RSPO1 suppresses the action of the hair loss factor DKK1, which works in the mechanism of action of male hormones. Burgeon-Up was shown to suppress the DKK1 secretion in dermal papilla cells.

Burgeon-Up was also confirmed to have the effect of elongating human hair follicle tissues. The ingredient was clinically tested on 40 male subjects. Total hair number, hair growth rate and hair thickness were significantly increased in the Burgeon-Up applied area.