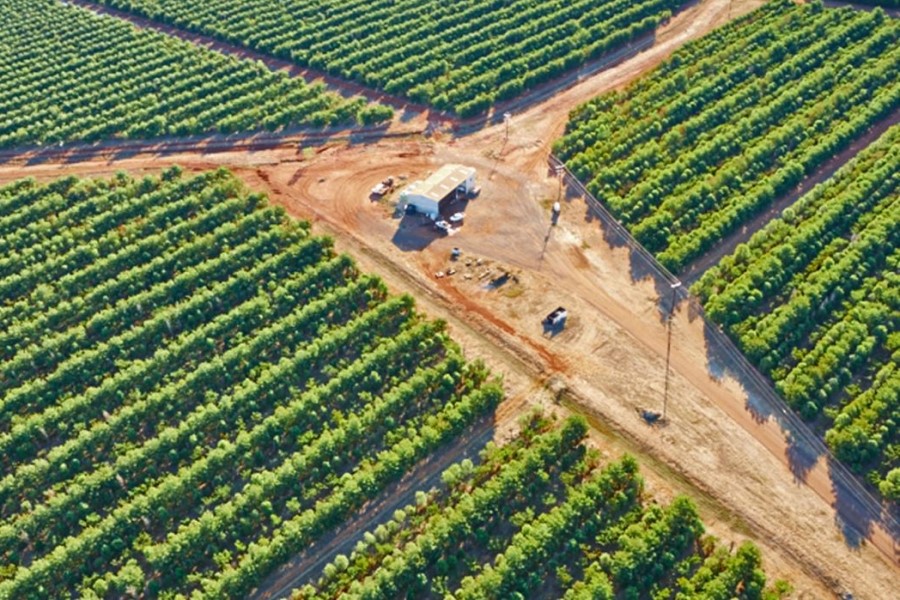 Quintis is establishing new sandalwood plantations in Western Australia on previously harvested land as part of its Establishment Project.

The Australian ingredient supplier is preparing a 327-hectare site in Kununurra to establish its first new sandalwood plantation in five years.

This is the first time Quintis has ever planted on a previously harvested plantation. As part of its sustainable plantation management, there will be more than 150,000 Indian sandalwood seedlings planted and associated host trees on the land.

The new plantation represents an opportunity to further increase Australia’s long-term supply of Indian sandalwood – a species that is endangered in the wild due to decades of illegal poaching and over-harvesting in its native lands – while contributing significant social, economic, and environmental benefits to Australia.

The company’s plantation estate has recently achieved certification by the Forest Stewardship Council and Responsible Wood, the world’s most trusted and stringent standards for sustainable forest management.

“Our goal is to become the world’s most trusted source of ethical and high-quality Indian sandalwood materials. For this reason, sustainability - particularly in reference to plantation management - has always been at the heart of our strategy,” said chief executive Richard Henfrey.

“As a natural antioxidant, antimicrobial, skin brightening and anti-inflammatory ingredient, Indian sandalwood has been shown to reduce signs of ageing, balance the skin’s microbiome, and reduce the effects of pollution – giving it the opportunity to be used in myriad consumer products globally,” he added.

In a related development, Quintis has appointed IMCD Australia as a distributor of its sandalwood ingredients for the personal care industry.

The expert partner you can count on
DSM is active in the personal care, home care and fine fragrance markets and a leading player in UV filters, vitamins and skin bioactives, aroma ingredients, peptides and polymers. Our suite of services and ingredients are tailored to the changing needs of your customers and the planet – and delivered by a...