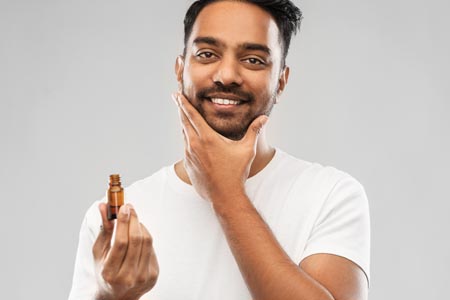 Colin Sanders illustrates the range of factors formulators need to consider before embarking on new product development for modern men.

I started my career in the cosmetic industry in 1983. A few days in I got my first project, which was to reformulate a shaving stick. It was not the biggest project, but it did lead my manager to make a prediction. He said that unlike him, I would probably be spending half my time formulating products for men rather than women. He quoted some statistics which I believed, even though he probably made them up on the spot – 95% of cosmetic and personal care products were bought by women. But that was obviously going to change in the gender fluid world of the 1980s. After all, a lot of male pop stars were wearing mascara.

After a while I came to rega

Founded in 1986, by Mr. Wilfried Courage and Prof. h.c. Gabriel Khazaka, Courage + Khazaka electronic GmbH introduced the first scientific measurement tools to objectively quantify parameters on the skin. Until today we have always been the world market leader in this field. Nobody else offers such a complete range of measurement...

Elementis is a global specialty chemicals company driven by scientific innovation to deliver ingredients that enhance the performance and value of our customers' products.  A world renowned expert in rheology technology, Elementis is also the global leader in antiperspirant actives.  Elementis' portfolio of green products includes natural clay...