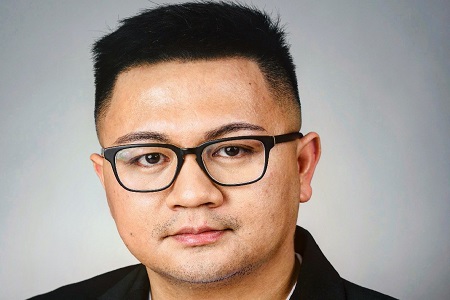 We discuss topics from contract manufacturing to pandemic colour cosmetics with Gino.

Giorgino (Gino) Macalino was elected Chair of the New York Society of Cosmetic Chemists in 2019. He received his Bachelor of Science in Chemistry from Fairleigh Dickinson University before becoming manager of Makeup Innovation at the Estée Lauder Companies where he is head of a team of scientists highly regarded for their technical expertise, commitment to innovation and efficacy of formulations.

Gino joined the Cosmetic Society approximately 10 years ago and has had a varied range of roles in the industry, from finished product, contract manufacturers to raw material suppliers for the colour cosmetics sector.

Gino first took on elected roles at the NYSCC from 2012, when he was became Chairman for the Social Media committee, and has taken on many other roles since, first as Chapter Secretary in 2015 and now as the current Chairman of the biggest SCC chapter in the world. Gino was instrumental in the process of integrating the NYSCC’s electronic elect