Launch of ingredient made from Cannabis sativa stem cells 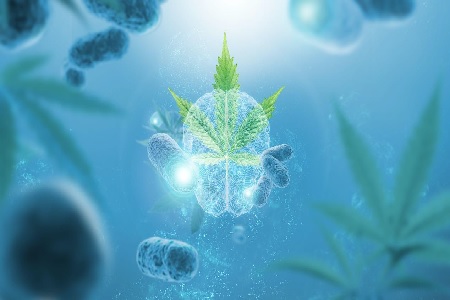 Vytrus Biotech has launched a new ingredient, Kannabia SensePLF. It consists of the first natural active ingredient made from Cannabis sativa plant stem cells. This active interacts with the skin microbiota’s postbiotic generation to modulate the skin neurochemical networks and enhance the feeling of comfort and self-confidence through the Microbiota-Skin-Brain Axis (MSBA).

Òscar Expósito, CEO, CSO and co-founder of Vytrus Biotech says: "We are talking about a product that will revolutionise the sector because Kannabia SensePLF plays a key role in activating the brain through the skin as our ingredient activates the same brain areas as oxytocin, the hormone of happiness, among others. Our team is very excited and satisfied with the achievement since it is a very special ingredient, that we could even talk about a sensory ingredient."

This active ingredient presents, as a differentiating and relevant fact, that it gets away from the narcotic concept, as it is free of the cannabinoids Cannabidiol (CBD) and Tetrahydrocannabinol (THC) in its composition. It has been developed using an innovative Phyto-Lipidic Fractions technology based on a process designed to enrich cell culture in signaling lipids that activate the Microbiota-Skin-Brain axis (MSBA).

The mechanism of action of the active consists of stimulating the skin microbiota so that its bacteria, in a natural way, produce a postbiotic cocktail that stimulates the synthesis of cutaneous oxytocin that ignites a systemic wellbeing response that results in a healthier and stronger appearance for the skin.

The biotechnology company has carried out numerous clinical assays to demonstrate with very good results the effectiveness of the active ingredient in small doses. Its properties are multiple and the most notable was the one analysed by the sophisticated functional Magnetic Resonance Imaging (fMRI), where brain activity and activated areas of the brain are measured in response to certain stimuli. "In our volunteers, we observed that applying a topical lotion with 2% of Kannabia SensePLF, the areas of the brain related to pleasure were activated within just 15 minutes of application, with even higher and more positive effects at 28 days, following the same brain activation pattern produced by chocolate," added Òscar Expósito.

First issue of Personal Care Global on its way

World leader in the engineering of natural active ingredients
A French independent company, SILAB has been recognized for its expertise in skin biology and in mastering natural for more than 35 years. It provides patented ingredients with proven efficacy and safety, intended for major names in global cosmetic and dermo-cosmetic industry...