Safety testing: how vegan are your products? 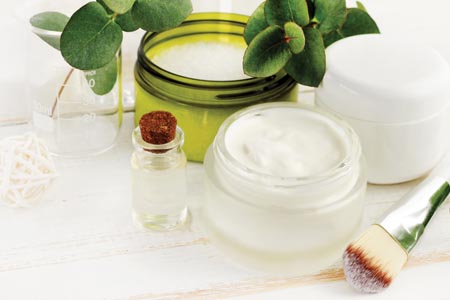 According to Google trends, interest in ‘veganism’ increased seven-fold in the last five years, 2014 and 2019,1 and it does not appear to be slowing down any time soon. In fact, it is predicted that by 2040, only 40% of the global population will be consuming meat, with 35% consuming ‘clean’ (lab) meat and 25% vegan meat replacements.2

Regardless of motivations, the number of consumers adopting vegetarian or vegan lifestyles is increasing. However, it is not only their intention to eat more plant-based food. The vegan trend is permeating other industries too. For example, the demand for vegan cleaning products has rocketed as consumers that are cutting down or eliminating animal produce from their diets, also appear to be focussing on other areas of their lives where they can switch to vegan options.4

Another such area is, of course, cosmetics and personal care. People are becoming much more aware of what is going into the products that they buy and, over the past few years, have become just as mindful of

Cargill Beauty, the personal care division of Cargill, offers a diverse portfolio of nature-derived ingredients, an integrated and responsible supply chain, state-of-the-art research and application services and endless possibilities to support the sustainable growth of personal care brands.
Our portfolio is composed of texturizers,...