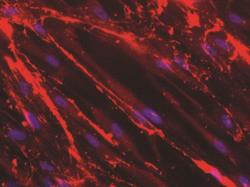 However, this does not mean that the importance of body image has diminished in the last few decades, on the contrary. Body shape is considered to play a clear role in self- perception and also in self-esteem and personal wellbeing in our era, where image is so crucial.

The natural ageing process and poor physical activity tend to alter the more slimmed and toned figure that is generally linked to a young and attractive figure. Some of the changes that deteriorate the general appearance are quite well characterised and include the epidermis becoming thinner, the extracellular matrix constituents (collagen, elastic fibres and hyaluronic acid) of the dermal connective tissue being reduced, a metabolism slowdown and the redistribution of the subcutaneous adipose tissue with a major accumulation of fat in some local areas, especially abdomen, buttocks and legs.2 Besides this, there is a progressive reduction of the quality of the underlying muscular tissue, implying reduced tone and endurance.3,4

As muscle tone is the resistance to stretch at rest, muscles tightly support body structures and contribute to body firmness when their tone is adequate.5 Conversely, body appearance deteriorates and sagginess appears when body tone relaxes and muscles lengthen by the effect of the constant gravity force for example. As ageing is inevitable, other strategies are approached to fight these undesired changes in body figure, like the topical cosmetic treatment inspired by the multiple benefits of endurance training.

Toned muscles and improved silhouette due to exercise

Skeletal muscles are made up of bundles of muscle fibres. Type I (or slow) fibres are the ones used in endurance training, understood as relatively low intensity effort for extended periods of time, like medium to long distance jogging, cycling or swimming. In fact, this kind of exercising can enhance the presence and function of such fibres, which have a high content of mitochondria and use aerobic metabolism as the principal energy source.6 Aerobic metabolism involves the complete oxidation of glucose and fatty acids (FAs) in mitochondria to generate many ATPs, providing a stable and long-lasting supply of energy. In accordance, type I fibres produce slow and prolonged contractions and are relatively resistant to fatigue. For this reason, these fibres are found in a high proportion in postural muscles, also known as anti-gravity or tonic muscles, that act to maintain the body structure in place.5

Endurance exercise increases the demand of energy in the body, thus lipids are mobilised from adipose tissue deposits towards muscles, where FAs can be oxidised by mitochondrial metabolism t o obtain energy. Therefore, this training intensifies the degradation of previously deposited lipids and decreases the uptake of lipids by adipocytes and the rate of triglyceride synthesis.7 In addition, endurance exercise can also induce that adipocytes secrete signalling molecules like adipokines that can modulate muscle function. Adiponectin is an adipokine that not only interacts with muscle fibres to augment glucose uptake and FAs oxidation but also to increase mitochondrial content and enhance aerobic metabolism, leading to more numerous type I fibres that are more toned compared to less resistant type II fibres.8

As endurance training is known to improve muscle tone and lower fat accumulation under the skin, Lipotec developed a new ingredient capable of imitating these benefits and improving body figure. Obtained through biotechnology, Actigym™ marine ingredient (INCI name: Plankton Extract) is a low molecular weight extracellular substance produced by a microorganism of the Bacillus sp. that is associated with a marine sponge living in Bermuda. Several in vitro and in vivo results demonstrated its efficacy in defining body contour, obtaining even better results when combined with physical activity.

An in vitro test was conducted to observe adiponectin release on adipocytes induced by the ingredient. Primary human subcutaneous pre-adipocytes were induced to mature towards adipocytes by incubation in differentiation medium for 8 days. During adipogenesis, cells were left untreated (control) or were treated with the marine ingredient concentrate (5 µg/mL). Afterwards, culture supernatants were harvested and the levels of adiponectin secreted by the adipocytes were quantified by enzyme- linked immunosorbent assay. The marine ingredient significantly increased the levels of adiponectin produced by human subcutaneous adipocytes by 68.3% with respect to control (p<0.001).

Another assay was carried out to evaluate to what extent the increased levels of adiponectin induced by the marine active in adipocytes translated into an enhancement of mitochondrial metabolic activity in skeletal muscle fibres. The activity of the pacemaker enzyme of the Krebs cycle citrate synthase was used as a quantitative marker of mitochondrial activity. Differentiating human skeletal muscle cells were incubated for 48 hours either with the supernatants from non-treated adipocytes (control) or with the supernatants from adipocytes that had been treated with the active ingredientconcentrate (5 µg/mL) and thus contained higher levels of adiponectin. After the treatment, human skeletal muscle cells were lysed and citrate synthase activity was detected by a colorimetric assay. The treatment with adipocytes supernatants containing high levels of adiponectin increased citrate synthase activity by 47.9% in muscle cells (p<0.001), and therefore mitochondrial function.

An extra in vitro study was prepared to assess the efficacy of adipocytes culture supernatants containing a high level of adiponectin after the treatment with the ingredient to increase the expression of slow myosin heavy chain (MYH7), which is specifically expressed by type I muscle fibres. Human skeletal muscle cells in the last days of the differentiation process were incubated during 48 hours with supernatants derived from non-treated (control) adipocytes or from adipocytes that had been incubated with the ingredient concentrate (5 µg/mL). Afterwards, immunofluorescence staining of the muscle cells was performed to highlight the slow myosin heavy chain proteins with a fluorescent dye. Images were captured using fluorescence microscopy and the intensity of fluorescence was quantified and normalised by the number of cells on each image. Increased levels of type I muscle myosin were induced by adipocytes supernatants rich in adiponectin after their treatment with the marine ingredient. In fact, it enhanced the expression of type I fibre markers by 69.8% (p<0.0001).

In addition, a microarray analysis was performed to analyse the effect of the ingredient on the expression of genes linked to lipid metabolism in adipocytes. Primary human subcutaneous pre- adipocytes were incubated for 8 days in differentiation medium alone (control) or in the presence of the marine ingredient concentrate (14 µg/mL). Afterwards, cells were lysed and RNA was purified and its quality verified. The microarray was performed using an ASurePrint G3 Human Gene Expression Microarray v2 platform. After normalisation and analysis of the microarray data, genes with the most differential expression were obtained. Fold variation in the expression of the genes with respect to control values was calculated. Results showed a downregulation of the expression of genes involved in FAs uptake and TGs synthesis in primary adipocytes, reducing the expression of some of them by more than –45%.

The cosmetic properties of the marine ingredient in terms of body silhouette definition were evaluated in vivo in 60 female volunteers (35-50 years old) with sedentary life styles, that were split into three groups. The subjects in the first group performed a standardised exercise under the supervision of a personal trainer in a gym twice a week, and applied a placebo cream on the body twice a day for 56 days. The second group applied a cream containing 5% of the marine ingredient twice a day and did not practise sport. The third one used the same active cream twice a day and completed the training programme. The suprailiac skin fold and the contour of the abdomen, arm and thighs were assessed after 28 and 56 days, as well as body weight.

Results showed that the new ingredient promoted a reduction of the suprailiac skin fold (abdomen), which is an indicator of subcutaneous fat. After 56 days of treatment with the active cream, 48% of the subjects reduced it by an average of –1.8 mm, which corresponded to a –19.2% reduction. When the topical active treatment was combined with exercise, 60% of the volunteers reduced –2.0 mm, meaning a –21.1% decrease.

Arms circumference was also significantly reduced as the images showed. At the end of the study, arm contour diminished up to -1.3 cm and up to –2.4 cm when combined with physical activity, and 71% of subjects had it reduced by an average of –0.6 cm (p<0.05).

When body weight was studied, results demonstrated that this parameter decreased up to –3.1 kg just after 28 days and up to –4.8 kg at the end of the study when the biotechnological ingredient was used.

Lack of exercise and the natural ageing process cause undesired effects on body figure which include lipid accumulation, redistribution of fat to anaesthetic locations (thighs, buttocks, belly…) and reduced body tone. These changes lead to a general worsening of the external image which the practice of aerobic sport proved to be able to partially counteract by improving muscle tone.

Actigym marine ingredient is a biotechnological solution inspired by the toning benefits of endurance exercise, that is capable of imitating its effects on body silhouette. It diminishes fat accumulation and potentiates adiponectin release in adipocytes, which in turn increases mitochondrial functionality (enhanced citrate synthase activity and ATP production) and type I fibre marker in muscle cells. In a special in vivo test where aerobic training was also considered, it demonstrated to significantly decrease subcutaneous skin fold and the perimeter of the abdomen, legs and arms, with even better results when combined with exercise.

This topical ingredient facilitates achieving a defined and toned body figure by working on muscle tone, being perfectly complemented with aerobic training to improve results.